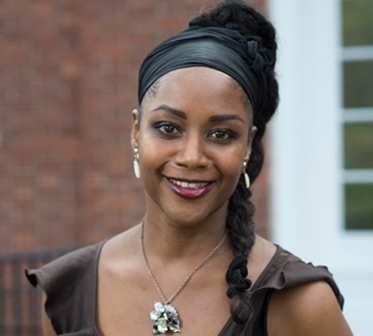 ZZ Packer is a graduate of Yale University, Johns Hopkins University, and the University of Iowa Writers’ Workshop. She is an assistant professor at San Francisco State University whose interests include creative writing, post-classical narrative theory, and political philosophy.Her collection of short stories, Drinking Coffee Elsewhere, was a New York Times Notable Book, winner of a Commonwealth Club Fiction Award and an Alex Award and a PEN/Faulkner Award finalist.

She is at work on a novel, tentatively titled The Thousands, which chronicles America’s violent history following the Civil War through the eyes of the Buffalo Soldiers—African American infantry and cavalry units who fought during the “Indian campaigns.”

She is the recipient of a Dobie Paisano Fellowship, a Guggenheim Fellowship, a Rona Jaffe Foundation Writers’ Award, a National Endowment for the Arts grant, a Wallace Stegner Fellowship at Stanford University, and a Whiting Writers Award. She has published fiction in The Best American Short Stories, Harper’s, Ploughshares, Zoetrope, and the New Yorker, which included her in its 20 Under 40 Fiction Issue. Her nonfiction has appeared in the American Prospect, the Guardian, the New York Times Magazine, the Oxford American, and the Washington Post Magazine.

She has taught at many institutions including Princeton, where she was a Hodder Fellow; the Michener Center at the University of Texas; Vassar College; and as a Jones Lecturer at Stanford. She received her education at Yale (BA), Johns Hopkins  (MA), the University of Iowa (MFA), and Stanford as a Stegner Fellow.