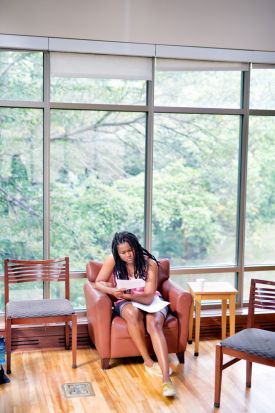 A student at work in the Frank Conroy Reading Room

The University of Iowa Writers' Workshop was the first creative writing degree program in the United States, and since its founding in 1936, the program has been home to thousands of remarkable writers. The program claims among its graduates winners of virtually every major literary award, including seventeen winners of the Pulitzer Prize (most recently Paul Harding in 2010), six recent U.S. Poets Laureate, and numerous winners of the National Book Award, MacArthur Foundation Fellowships, and other major honors.

The Program in Creative Writing is known informally as the Iowa Writers' Workshop, and these two titles suggest the duality of our purpose and function. More

The Workshop was formally founded in 1936, with the gathering together of poets and fiction writers under the guidance of founding director Wilbur Schramm. "It seemed like an idea," said Schramm, "whose time had come." More