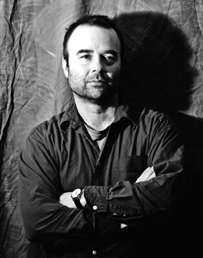 Charles D'Ambrosio is the author of two books of fiction, The Point and Other Stories and The Dead Fish Museum, and two collections of essays, Orphans, and Loitering: New & Collected Essays.

Many of his stories originally appeared in The New Yorker, and he has also published fiction in The Paris Review, Zoetrope All-Story, and A Public Space. His work has been widely anthologized and selected for the Pushcart Prize, Best American Short Stories, and the O. Henry Award.