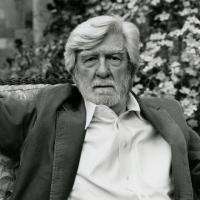 The Immortal Evening: A Legendary Dinner With Keats, Wordsworth, and Lamb, written by Stanley Plumly, Distinguished University Professor and Director of Creative Writing at the University of Maryland and winner of the Los Angeles Times Book Prize and the Paterson Poetry Prize, is the winner of the 2015 Truman Capote Award for Literary Criticism in Memory of Newton Arvin.

The $30,000 award—the largest annual cash prize in English-language literary criticism—is administered for the Truman Capote Estate by the University of Iowa Writers' Workshop.

Plumly will accept the award on Oct. 29, 2015, in a public event at the UI that will include remarks on the literary topic of his choosing. Called “the successor to James Wright and John Keats” by the poet Rita Dove, Plumly is a poet and nonfiction writer whose works include biography and literary criticism. Plumly, author of the highly acclaimedPosthumuous Keats, is also the Poet Laureate of the state of Maryland.

The book was chosen by an international panel of prominent critics and writers—Terry Castle, Garrett Stewart, Michael Wood, John Kerrigan, Elaine Scarry, and Joyce Carol Oates—each of whom nominated two books. Books of general literary criticism in English, published during the last four years, are eligible for nomination. After reading all the nominated books, each critic ranked the nominees.

“Obviously, this is a pleasant surprise. I’ve been a great fan of Capote’s for a long time, especially because he’s such a stylist and is so respected in writing, and that’s the spirit in which I think I’m most flattered by this,” Plumly says. “The fact that the University of Iowa is involved in this is meaningful to me personally, as well. I taught there at two different times in my career, I really loved it, and I had wonderful colleagues.”

The Immortal Evening is a thrilling look into the lives of the Romantic poets through the re-creation of one legendary night in 1817, when the painter Benjamin Robert Haydon invited his young friend John Keats to meet William Wordsworth, and to celebrate his most important historical painting thus far, Christ’s Entry into Jerusalem. Keats, Wordsworth, and Charles Lamb all appear in the painting. After a lively discussion of the relationship between poetry, art, and Enlightenment science, the evening turned into a raucous party, which would be remembered as a highlight in the lives of these immortal men. Plumly says the book asks, in part, “What is immortality? What causes it to happen?”

In a review in The New York Times, Priscilla Gilman writes, “Plumly offers an idiosyncratic, heartfelt, at once sinuous and expansive exploration of the dinner.” Gilman says that Plumly’s start to the story in present tense is striking, writing, “What the walk to the dinner was like for each of its major participants, the look and feel of Regency London, what kind of food they would have eaten, all come to vivid life in Plumly’s evocative rendering.”

In The Washington Post, Michael Dirda writes that the meeting of the two poets “is an iconic moment in the history of English literature," and that the book is not about only food or wine, but always about “fellow-feeling.” Dirda calls on the author’s life as a poet to praise his writing, saying, “Plumly requires his reader to slow down and think hard, just as he himself has done. His is a poet’s prose, given to dithyramb, and it can’t be hurried along.” Dirda ends his review by saying that the book is not simply an examination of that iconic evening in 1817, but also Plumly’s “own life, his own art, his own mortality.”

“Life provides you with all kinds of information that adds up to an interesting and coherent narrative, if you pay attention,” Plumly says.

In addition to the administration of the literary criticism award, the Writers' Workshop involvement with the trust includes awarding Truman Capote Fellowships to UI students in creative writing.

The establishment of the Truman Capote Literary Trust was stipulated in the author's will, and the Annual Truman Capote Award for Literary Criticism in Memory of Newton Arvin reflects Capote's frequently expressed concern for the health of literary criticism in the English language. The awards are designed to reward and encourage excellence in the field.

Newton Arvin, in whose memory the award was established, was one of the critics Capote admired. However, Arvin's academic career at Smith College was destroyed in the late 1940s when his homosexuality was exposed.