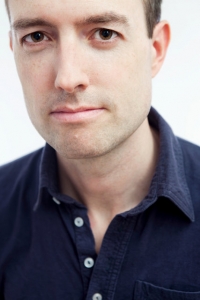 Two of Adam Haslett’s three books have been finalists for the Pulitzer Prize for Fiction, one of the highest literary awards a writer’s work can receive. But when he first applied to the Iowa Writers’ Workshop in 1995, he was rejected.

Like many writers, Haslett (MFA creative writing, fiction, ’99) applied to the Workshop so he would have more time to write. After graduating from Swarthmore College in Pennsylvania, he worked for three years for a fundraiser and special-events coordinator in New York City, meeting notables such as David Bowie, Jackie Onassis, and other members of the Manhattan upper strata.

Writing at night in his spare time, Haslett says he discovered “that it’s difficult to work, have any kind of social life, and also do your own (writing) in New York.”

Haslett quit his job, slept on friends’ sofas, and searched for fellowships and graduate programs that would give him plenty of time to write. The year after his first rejection, while a fellow at the Fine Arts Works Center in Provincetown, Massachusetts, he again applied to the Workshop and was admitted.

“I have such a memory of it from a writing standpoint as a blessed time of being,” Haslett says about entering the Workshop. “I taught, but besides that, not a lot was required of me and there was the sense of being on an island with a bunch of other writers because everyone—almost everyone—had come from elsewhere. It was a time where I felt a great absorption in the activity (of writing) and got a lot done. Much of my first book I wrote while I was a student here.”

After the 2016 publication of Imagine Me Gone, Haslett returned to Iowa City while on a book tour. He participated in a Q&A with Workshop writers and gave a reading at the Frank Conroy Reading Room, an addition to the Dey House that didn’t exist when he was a student.

In 1997, Haslett and fellow workshoppers were the first to attend classes in the Dey House, a 19th-century preserved home on North Clinton Street where the program now resides. Before then, writers of this world-famous program met in the classrooms of the English Philosophy Building. And before that, they met in Quonset huts along the Iowa River that had served as barracks during World War II.

While at the Workshop, Haslett lived in a house on South Lucas Street. He played pool at Dave’s Fox Head Tavern, a popular bar for writers. He attended readings at The Mill Restaurant and gave one there himself. He says he can remember the excitement he felt to read one of the first short stories he’d written while a student in the Workshop. He says the excitement for literature in Iowa City is one thing that distinguishes the community.

“It’s just rare to come to a place where that feeling about literature is concentrated,” says Haslett. “There’s a sense that it matters, which as a writer you have to have…you’re surrounded by other people and a community where it matters.”

For Haslett, this spirit of excitement is inextricably tied to the University of Iowa’s status as a public university. Without the background in and commitment to public education, Haslett says he thinks the Workshop could not have flourished here, or perhaps even existed.

“The Workshop doesn’t float as an independent entity that can be picked up and transplanted,” he says. “It was grown in the soil here in a place that’s about public education.”

Haslett says another quality that distinguishes Iowa City is the quietness of living and the resulting lack of distraction.

“Relative to the metropolises of the coast, it’s a simpler place to live, it’s an easier place to live, so the other life pressures that people have are more easily managed, which seems to create an environment where people are more able to focus on their own work,” he says. “Teaching at Columbia—all the students are living in New York City, so they’re having to manage their lives in the city and pay their rents and do all this other stuff. The loudness, both literally and figuratively, of the environment does intrude on the capacity to concentrate.”

Haslett says his partner would call his efforts to control stimuli to concentrate on writing “over controlling.” When asked about his average day, Haslett says he has meditated every morning before writing for years. He sits down to write at a desk that’s perpendicular to a window at about 9 a.m., writes until about 3 p.m. without stopping, and then eats lunch.

“I find that I get my best work done when my blood sugar is dropping,” he says, “because I think the editors starve before the creative imagination starves. By around 1:30, the self-criticism is exhausted and some part of you is still left. Those are the golden hours.”

When working on a particularly difficult portion of a novel, Haslett says he will even sequester himself from the world, which is frustrating because he also likes to engage in politics and current events. Haslett attended the Workshop while deferring an admission to Yale Law School, and went from the Workshop to Yale. He’s never practiced law, but says he enjoyed the foundation it gave him to think about politics. When not working on fiction, Haslett enjoys writing politically focused journalism.

Similar to how Haslett makes a quiet space for himself to write, he says that it is partly the responsibility of a writer today to provide a place for the reader, away from what he calls the “hurried cultural landscape,” where they might slow down and be with themselves.

“I think at this point the enemy is distraction, mass distraction, and perpetual distraction,” he says, “and so it seems to me that one of the things that fiction can do, that literature can do, is actually slow you down and bring you back into relationship to another form, another register of experience…It is an escape, not in the sense of avoidance, but an invitation to a space to enter back into relationship to your own self that isn’t so unrelentingly bombarded by other media.”