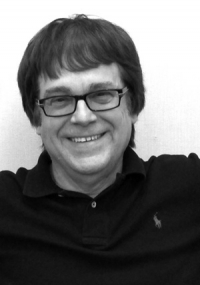 Congratulations to Iowa Writers' Workshop graduate Max Allan Collins, who will be honored as a Grand Master of Mystery Writing at the 2017 Edgar Awards Ceremony in April.

The Grand Master Award represents the pinnacle of achievement in mystery writing and was established to acknowledge important contributions to this genre, as well as for a body of work that is both significant and of consistently high quality. Past Grand Masters include Walter Mosley, Stephen King, and P.D. James.

Max Allan Collins sold his first two novels in 1972, while still a student at the Writers' Workshop, and has written more than one hundred novels, including his award-winning Nathan Heller historical series, and his graphic novel, Road to Perdition, which was adapted to a film in 2002.