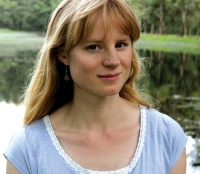 Emily Ruskovich has won the 2019 International DUBLIN Literary Award for her novel Idaho. The Award is organised and sponsored by Dublin City Council and at €100,000 is the world’s largest prize for a single novel published in English. Emily Ruskovich is the fourth American author to win the prize in its 24-year history.

Uniquely, the Award receives its nominations from public libraries in cities around the globe and recognises both writers and translators. The winner was announced at a ceremony in Dublin’s Mansion House, which was livestreamed on the International DUBLIN Literary Award Facebook page to allow people from across the world to tune in to the event.

Emily Ruskovich grew up in the Idaho Panhandle, on Hoodoo Mountain. Her fiction has appeared in Zoetrope, One Story and the Virginia Quarterly Review. A winner of a 2015 O. Henry Award and a graduate of the Iowa Writer’s Workshop, she now teaches creative writing in the M.F.A. programme at Boise State University. She lives in Idaho City with her husband and baby daughter.  The winning novel was chosen from a total of 141 titles, nominated by libraries in 115 cities across 41 countries.  It was first published by Chatto & Windus in the UK and by Random House in the USA.

Commenting on her win, Emily Ruskovich said; ‘I cannot express how grateful I am to be the recipient of this astonishingly generous award. It is difficult to know how to respond to the magnitude of this kindness that has been so suddenly bestowed upon me. I feel shocked. I feel humbled. I feel overwhelmed with the enormity of my gratitude. I am especially honoured because of the admiration that I feel for the other finalists, authors from all over the world who are all doing such crucial and beautiful work. Seeing my name beside theirs when the shortlist was announced—that alone was one of the greatest honours of my career.’

About Idaho; One hot August day a family drives to a mountain clearing to collect birch wood. Jenny the mother, is in charge of lopping any small limbs off the logs with a hatchet. Wade the father, does the stacking. The two daughters June and May, aged nine and six, drink lemonade, swat away horseflies, bicker, sing snatches of songs as they while away the time. But then something unimaginably shocking happens, an act so extreme it will scatter the family in every different direction.

Speaking at the winner announcement, newly elected Lord Mayor & Patron of the Award, Paul Mc Auliffe, remarked; ‘The International DUBLIN Literary Award is a great Dublin success and an even greater international success, our thanks go to all who are involved in making the Award work – writers, translators, publishers, librarians, and the administrative staff of the City Council.’

The prize money was presented by Owen Keegan, Chief Executive of the Award’s founders and sponsors, Dublin City Council. The Award is a key part of the City’s work in promoting Dublin as a UNESCO City of Literature, and as a great place for people to live, work in, and visit.

‘At the heart of Emily Ruskovich’s haunting debut novel is the inexplicable. A young couple, Jenny and Wade, move from the prairies to the utter loneliness and unexpected isolation of the Northern Idaho mountains where they carelessly bought a piece of wooded land on a steep mountainside. As yet, they know nothing about the winter that will entrap them:  masses of snow, no plow, no neighbours, the next settlement eight miles away. This is not an idyll. Years go by. They build a house with their own hands; two children are born – May and June. Then, all of a sudden, in a brutal flash, with no warning, their happiness and their love are destroyed forever.’

Ruskovich’s masterful achievement is to narrate with consummate skill the complex series of events covering a time-span of more than fifty years. Empathy and love stand next to cruelty and crime. Individual guilt, trauma and pain are looming as large as eventual forgiveness and the ability to live in half-knowledge. Ultimately, Idaho evolves into a masterpiece on the redeeming and regenerative potential of music, poetry, literature and art.’ (full citation below)

The other judges were Ge Yan, Evie Wyld, Martin Middeke and Hans-Christian Oeser. The non-voting chair was Judge Eugene Sullivan.

Idaho was nominated by the public library in Brugge, Belgium, who commented:

‘This special debut novel is a real gem because of the atmosphere as well as the special structure of the novel. Ann Mitchell and her husband Wade live on a woody mountain in Idaho. We know from the beginning that the ex-wife is in prison and the two daughters are dead or missing. It’s difficult to unravel the mystery because Wade suffers from a kind of dementia. What had happened and why? Emily Ruskovich leaves bread crumbs by means of different stories. It’s nice to zig zag through time in a world of multiple truths. Toward the end the stories become shorter and supported by the long descriptions of the lonely, sinister and misty landscape.’

Idaho was chosen from a shortlist of 10 novels from France, Ireland, Pakistan, the UK and the USA. One of the novels, Compass by Mathias Énard, was translated from French by Charlotte Mandell.