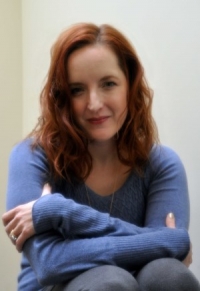 On Friday, April 12, at the 39th annual Los Angeles Times Festival of Books, Rebecca Makkai was awarded the top prize in the fiction category for her 2018 novel,The Great Believers. Makkai was a visiting professor of fiction at the Writers' Workshop in Fall 2015. She is the author of the short story collection, Music for Wartime, published in June 2015, and two additional novels, The Hundred-Year House, winner of the Chicago Writers Association’s Novel of the Year award, and The Borrower, a Booklist Top Ten Debut which has been translated into eight languages. The recipient of a 2014 NEA Fellowship, and a 2017 Pushcart Prize, her short fiction was chosen for The Best American Short Stories for four consecutive years (2011, 2010, 2009 and 2008), and appears regularly in journals like Harper’s, Tin House, and New England Review.

Full story from the L.A. Times