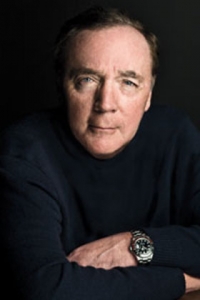 From the UI Foundation:

More than 50 years ago, a young James Patterson took a job at McLean Hospital near Boston. There, according to The Guardian, a patient encouraged him to write. That patient was Pulitzer Prize winner and U.S. Poet Laureate Robert Lowell, who taught at the Iowa Writers’ Workshop from 1950 to 1953.

Now Patterson’s connection to the Workshop has come full circle. The chart-busting novelist, who has sold more than 350 million books worldwide, made a gift in 2016 to fund five scholarships for current Workshop students; this year he is planning to add five more. Ultimately, the Patterson Family Foundation will be covering tuition for ten writers in the creative writing program.

Why do it? “I’m really impressed by the quality of writing that comes out of the Workshop,” says Patterson, whose foundation has endowed scholarships at 24 universities, now including the University of Iowa. “The way we see it,” he says, “We would much rather ease some of the financial burden on students than put our last name on a building.”

Claudia Ramirez, a Workshop student from Fond du Lac, Wisconsin, is one of the scholarship recipients. “It’s important to me because it gives me the opportunity to work on my writing without having to worry about my income,” she says. “I just have to focus on my art.”

Lan Samantha Chang (1993 M.F.A.), May Brodbeck Professor of Liberal Arts and Sciences and director of the Iowa Writers’ Workshop, points out that Ramirez and the other scholarship recipients are deeply gifted students. “They bring an extraordinary set of talents and experiences to the Workshop,” she says. “And this gift from James Patterson plays a crucial role. It has made a broad and significant impact on the program.”

Keeping a national treasure like the Workshop affordable and attainable to the most promising writers means outside financial support is essential. A number of donations to the Iowa Writers’ Workshop are from passionate readers with no personal ties to the writing program. One fan of Jane Smiley, for example, made a bequest to create a scholarship in the author’s name to honor her work. The gift from the Patterson Family Foundation is yet another affirmation of the Workshop’s impact on contemporary American letters.

James Patterson says he is personally drawn to the books of Workshop graduates Ann Patchett (1987 M.F.A.) and John Irving (1967 M.F.A). “Irving’s first novel, ‘Setting Free the Bears,’ is one of my all-time favorite books,” he says. “I have always found Irving to be a fantastic writer with a really clever imagination.”

Patterson made only one request in exchange for his scholarship donations: for each scholarship student to send him a piece of writing once a year. And while the veteran novelist has yet to travel to Iowa, he is looking forward to visiting local bookstore Prairie Lights and, he says, eating a Maid-Rite sandwich. “I’ve heard no trip to Iowa would be complete without one,” he says. “So that would be on the list!”