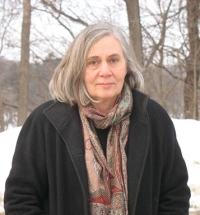 Iowa Writers' Workshop Professor Emeritus Marilynne Robinson has been awarded the 2017 Chicago Tribune Literary Award. The award recognizes the lifetime achievement of a prominent writer, usually someone with strong connections to the Midwest, and is presented each fall during the Chicago Humanities Festival.

"This couldn't be a more fitting choice," said Bruce Dold, Tribune editor-in-chief and publisher. "Here you have a brilliant fiction writer and brilliant essayist who also has long ties to Iowa and the renowned Iowa Writers' Workshop, where she taught for many years."

Marilynne Robinson is the author of four novels, including Gilead (2005), winner of the Pulitzer Prize for Fiction, Home (2008), winner of the Orange Prize and the Los Angeles Times Book Prize, and Lila (2014), winner of the National Book Critics Circle Award. Her first novel, Housekeeping (1980), won the Hemingway Foundation/PEN Award. A long-time member of the faculty, she retired from teaching at the Iowa Writers' Workshop in 2016, but remains a vital part of the life of the program.

Robinson's nonfiction books include The Givenness of Things, When I Was a Child I Read Books, Absence of Mind, The Death of Adam, and Mother Country, which was nominated for a National Book Award. A new book of essays is forthcoming in 2018.

Her awards include the Library of Congress Prize for American Fiction (2016), the Dayton Literary Peace Prize Richard C. Holbrooke Distinguished Achievement Award (2016), the Orange Prize for Fiction (2009), the National Book Critics Circle Award for Fiction (2005, 2014), the PEN/Diamonstein-Spielvogel Award for the Art of the Essay (1999), and the Louisville Gravemeyer Award in Religion (2006). She was the recipient of a 2012 National Humanities Medal, awarded by President Barack Obama, for "her grace and intelligence in writing."