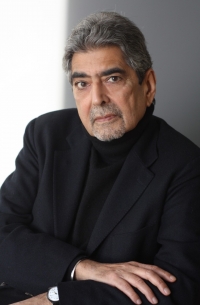 Sonny Mehta was, by vocation, a reader, and his impact on the world’s literary landscape was extraordinary. During his 32-year career as president then editor-in-chief at Alfred A. Knopf (until his death in 2019), he edited and published books by a long list of extraordinary authors, including Toni Morrison, Kazuo Ishiguro, Alice Munro, and Gabriel Garcia Marquez—the full list spans nine Nobel laureates, 28 Pulitzer Prize winners, and nine National Book Award winners. Mehta dedicated his life to the literary world, and now his legacy will also include support for a new generation of voices.

This year, the first annual Sonny Mehta Fellowships in Creative Writing will be awarded to two international students entering the University of Iowa Writers’ Workshop. One poet and one fiction writer will be selected to receive the fellowships, which will provide support for travel and visa costs, tuition, a living stipend, and other associated expenses for a year of study at the Workshop. The graduate fellowships are funded by a $2 million endowment from Gita Mehta, writer, documentary filmmaker, and Sonny Mehta’s widow. Preference will be given to applicants from underrepresented countries, particularly the Indian Subcontinent, the Middle East, and North Africa. Gita Mehta has endowed similar scholarships at the University of East Anglia in Norwich, England.

Writers’ Workshop alumna Yaa Gyasi, whose award-winning first novel, Homegoing, was published by Mehta in 2016, wrote in a eulogy for him: “He had a million things to do at any given moment, and yet when he was with one of his authors, his attention was undivided. His care, but also his pride in us and in the work that we did, his belief that we could continue to push, was always evident. Sonny loved books and he cared about authors.”

Through the Sonny Mehta Fellowships in Creative Writing, this love and care will continue to inspire and sustain writers worldwide. “We are so grateful to Gita Mehta for making it possible for us to offer the extraordinary support of the Sonny Mehta Fellowships to international writers,” said Lan Samantha Chang, the director of the Writers’ Workshop. “The presence of these writers will greatly enrich the creative community at the Iowa Writers’ Workshop, both in and out of the classroom.”

Visit the How to Apply page for more information about applying to the Writers’ Workshop.