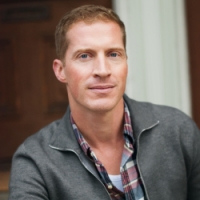 Former Workshop visiting faculty member Andrew Sean Greer has won the 2018 Pulitzer Prize for Fiction, for his novel, Less, published in July of 2017 by the Lee Boudreaux Books imprint of Little, Brown and Company.

Less is described by Greer as “the comedy of a man fleeing the humiliations of love, middle-age, and failure by accepting invitations that lead to a trip around the world and back, at last, to face his final demon: himself.” The 2018 Pulitzer Prize citation hails it as "A generous book, musical in its prose and expansive in its structure and range, about growing older and the essential nature of love."

Andrew Sean Greer is the author of five previous novels.  He is a recipient of the New York Public Library Young Lions Award, the O Henry award for short fiction, and fellowships from the New York Public Library Cullman Center and the National Endowment for the Arts. He taught at the Iowa Writers' Workshop in the spring semesters of 2012 and 2013. He was recently named a 2018 John Simon Guggenheim Fellow for Fiction.

Review of Less in The New York Times