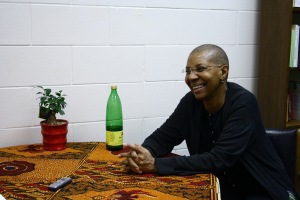 Philip is the author of four books of poetry: Thorns (1980); Salmon Courage (1983); She Tries Her Tongue, Her Silence Softly Breaks (1989), which was awarded the Casa de las Américas Prize for Literature while still in manuscript form; and Zong! (2008).

She has written two novels, Harriet's Daughter (1988) and Looking for Livingstone: An Odyssey of Silence (1991), and five books of collected essays, Frontiers: Essays and Writings on Racism and Culture (1992), Showing Grit: Showboating North of the 44th Parallel (1993), Caribana: African Roots and Continuities - Race, Space and the Poetics of Moving (1996), Genealogy of Resistance and Other Essays (1997), and Blank: Essays and Interviews (2017). She has also published three plays, Coups and Calypsos (1999),  The Redemption of Al Bumen (1993), and Harriet's Daughter (2000).

Philip's short stories, essays, reviews and articles have appeared in numerous magazines, journals and anthologies. She has taught at the University of Toronto and York University, and has been writer in residence at McMaster University and University of Windsor. Among other awards, Philip is a Guggenheim Fellow in poetry (1990), a McDowell Fellow (1991), a Chalmers Fellow in Poetry (2002), and has held a Rockefeller Foundation residency in Italy. In 2001 NourbeSe Philip was recognized for her work as “a revolutionary poet, writer and thinker” by the Elizabeth Fry Society of Toronto which presented her their 2001 Rebels for a Cause award.