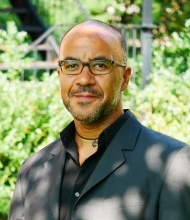 Brent Hayes Edwards will receive the Truman Capote Award for Literary Criticism in Honor of Newton Arvin at 4pm on October 16th in the Old Capitol Senate Chambers.

The Truman Capote Award is a $30,000 prize and is the largest award for literary criticism in English. The award ceremony will be followed by a reception with champagne and hors d’oeuvres.

Edwards is widely recognized for his groundbreaking scholarship on cultures of African diaspora. He has served as an editor or member of the editorial board for Callaloo, Transition, and Africa and Black Diaspora, each for more than a decade. His first book, The Practice of Diaspora: Literature, Translation, and the Rise of Black Internationalism, was published by Harvard University Press in 2003 and received the John Hope Franklin Prize of the American Studies Association as well as the Gilbert Chinard prize of the Society for French Historical Studies. In addition to the Truman Capote Award, Epistrophies, Edwards’ second book, received the 2018 ASCAP Foundation Virgil Thomson Award for Outstanding Music Criticism in the pop music field.

Reviewing Epistrophies for the Los Angeles Review of Books, Colin Vanderburg writes: “Edwards aims not just to hear, but to read, write, and think across a range of radically different sources… He aims to expand the domain of ‘jazz literature’ beyond poetry and fiction ‘influenced by music,’ surveying what he calls the genre’s ‘ancillary’ texts, including letters, dairies, interviews, liner notes, and more, with a focus on writings by musicians themselves.”

Brent Hayes Edwards is a professor of comparative literature at Columbia University. He is currently on leave, helping the Pulitzer Prize-winning composer Henry Threadgill complete an autobiography, among multiple other book projects.

Please join us for this one-of-a-kind event.