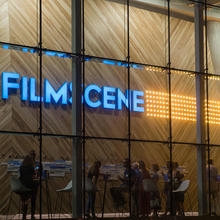 Admission: FREE and open to the public

Two Dollar Radio is a family-run publisher of books too loud to ignore, celebrating its 15th anniversary in 2020.

Sarabande is an independent publisher based in Louisville, Kentucky dedicated to poetry, short fiction, and essay.

Tariq Shah, born and raised in Illinois, writes fiction and poetry, and has work appearing or forthcoming in Jubilat, Heavy Feather Review, No, Dear Magazine, ANMLY (fka Drunken Boat), Gravel, BlazeVox, and other publications. From 2007-2009, he served as a Peace Corps volunteer in Mozambique, and he holds an MFA in Creative Writing from St. Joseph’s College in Brooklyn, where he now teaches. His chapbook, heart assist device, was a finalist for the 2019 no, dear/small anchor press chapbook series. Whiteout Conditions is his first novel, which has been named a most anticipated book of 2020 by the Chicago Tribune and Buzzfeed.

Sarah Rose Etter is the author of two books, most recently The Book of X (Two Dollar Radio). Her fiction, essays, and interviews have appeared or are forthcoming in VICE, Guernica, The Cut, Gulf Coast, Philadelphia Weekly, and more. She is the recipient of writing residencies at the Disquiet International Program in Lisbon and the Gullkistan Residency in Iceland. She has served as an arts columnist at Philadelphia Weekly and The Austin Chronicle, as well as a contributing editor at The Fanzine, where she edited and published that notorious interview with Ottessa Moshfegh.

Noam Dorr is the author of Love Drones (Sarabande), a memorable debut that explores the troubling relationship between our desire for intimacy and the world of military action, state violence, and intelligence surveillance. His work has appeared in Gulf Coast, Seneca Review, Passages North, and other places. His essay, “Love Drones,” won the Gulf Coast Essay Prize and was a notable essay in Best American Essays 2016. Born and raised in Kibbutz Givat Haim, Israel, he is a former Fulbright scholar, and received his MFA in Creative Writing from the University of Arizona. Dorr is currently a doctoral candidate in the Literature and Creative Writing Ph.D. program at the University of Utah and the nonfiction editor at Quarterly West.

Marianne Chan grew up in Stuttgart, Germany, and Lansing, Michigan. She is the author of All Heathens (Sarabande, 2020), and her poems have appeared in West Branch, The Journal, Poetry Northwest, Denver Quarterly, Indiana Review, Carve Magazine, and elsewhere. She holds an MFA in Creative Writing from the University of Nevada, Las Vegas, and serves as poetry editor at Split Lip Magazine.

Kristen Renee Miller’s poems and translations appear in POETRY, The Kenyon Review, Guernica, The Offing, and Best New Poets 2018. Her debut translation, Spawn, a poetry collection by Ilnu Nation poet Marie-Andrée Gill, is forthcoming in 2020. A recipient of awards and fellowships from The Kennedy Center, The Humana Festival, and The Kentucky Arts Council, Kristen lives in Louisville, Kentucky, and is the managing editor for Sarabande

Anna Bruno is a writer and teacher at the University of Iowa’s Tippie College of Business. Previously, Anna managed public relations and marketing for technology and financial services companies in Silicon Valley. She holds an MFA in fiction from the Iowa Writers’ Workshop, an MBA from Cornell University, and a BA from Stanford University. She lives in Iowa City with her husband, son, and blue heeler. Ordinary Hazards is her first novel.